In this 3-year capacity-building project, JES linked Canadian justice professionals with their counterparts in Guatemala, El Salvador, and Honduras to strengthen their capacity to investigate and prosecute major crime and terrorism.

Guatemala, El Salvador, and Honduras have all experienced dramatic and sustained rises in violent, organized crime following decades of political instability. With this increase also comes the potential for gang-connected transnational crime and terrorism—the notorious gangs Mara 18 and Mara Salvatrucha 13, which together have over 110,000 members in Central America and an estimated 30,000 members in the United States, as well as in greater Vancouver and Toronto.

To equip Central American legal professionals with the tools to tackle such serious criminal activity, JES worked in partnership with the Ministry of the Attorney General of British Columbia, the Royal Canadian Mounted Police “E” Division, and the Ministry of the Solicitor General of British Columbia. These experts delivered dozens of specialized training programs to almost 1,000 justice professionals in Guatemala, El Salvador, and Honduras on the many facets of major crime investigation and prosecution.

As is our usual practice, JES designed the curricula with a “train the trainer” model to ensure the sustainability and longevity of our efforts on the ground. Every training session incorporated thorough instruction to participants on how they could pass the relevant information along to their peers at a later time. In addition to dozens of these sessions, JES also organized a collaborative information sharing summit on major crime in British Columbia. 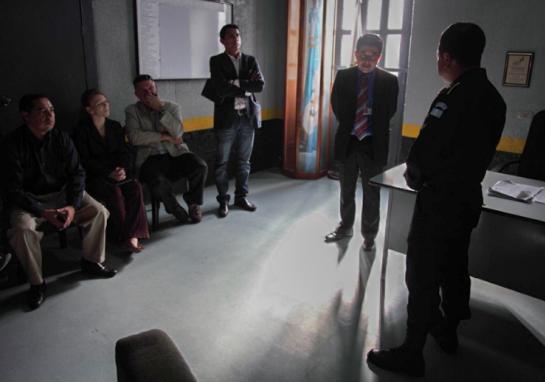